Check in’ in with my Awesome Tribe

Good day, Awesome tribes people. The AiA team, at Nick’s direction, would like you to know that he recently disappeared for a small medical issue, but has returned in true style like the superhero he is!  There’s only one thing to do when you disappear ….

In keeping with the push of information, Nick found two pieces of information today while checking messages and getting back up to speed on work life.

The first piece of new information is that yesterday was what an emerging group of activists call World CP Day .  We are learning more about this movement and if you click the blue words back there, you can learn also! 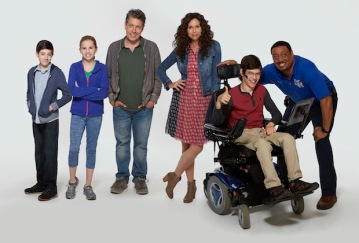 The second piece of new information coming in to the AiA office is more of a reminder that the new NBC show Speechless looks really hilarious!!

The ADA Symposium – A National Experience

Back in June, Nick and the AiA team were fortunate enough to be welcomed as an 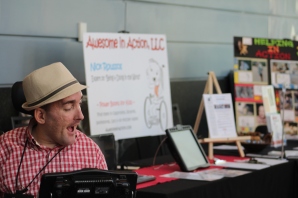 exhibitor at the National ADA Symposium, held at the Hyatt Regency in downtown Denver.  How lucky that it was held in Denver this year!  Next year, Chicago will host the Symposium.

We saw advanced technologies, feats of engineering, and met educators, business people, designers, counselors, government folks, and most of them had some disability.  Yet here they were, changing their own situations and the lives of others.

It took Nick a minute to realize this was not a real dog! 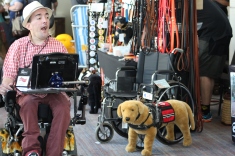 Nick discovered one very cool Water Wheels
“beach wheelchair.”  He is fairly sure it will come in handy during triathlons and other water fun! 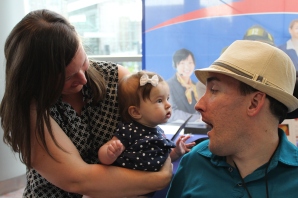 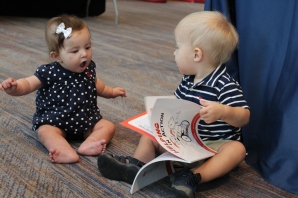